As part of the 2015-16 Federal Budget, the Treasurer, Joe Hockey has announced that the government has expanded the accelerated depreciation for small businesses. This temporary new rule provides a benefit for small businesses with an annual turnover of less than $2 million. The immediate asset write off threshold which was previously only $1,000 will increase to $20,000 as of 7.30pm on the 12th of May 2015.

Therefore, if you are a small business owner and were considering on purchasing an expensive new asset under $20,000, this temporary new rule will allow you to make a full tax claim of the whole amount in the 2015 or 2016 financial year rather than being depreciated over the assets effective life, which differs to the previous rules whereby only a portion of the cost of the asset can be claimed for depreciation purposes.

It is important to note the $20,000 accelerated depreciation is only temporary and will end on the 30 June 2017 (end of next financial year). This is the government’s way to encourage spending over the next year to promote a healthy growth of business in Australia. Another aspect to note is that as the asset write-off is limited to $20,000, this will even include low cost motor vehicles purchased for less than $20,000 to be immediately claimable. Any amount exceeding the $20,000 threshold will be allocated to the simplified general pool and depreciated accordingly at 15% in the first year and 30% in the years thereafter.

If you would like to know more about the new tax incentives for small businesses and what can be claimed please give our office number a call to speak to one of our friendly staff. 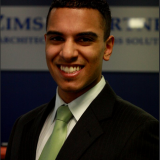 Trevor is one of the accountants at zimsen partners. Trevors goals for the firm invlove building friendly connections with our clients and to delivering quality services.

This article was produced by Zimsen Partners. It is intended to provide general information only in summary format on accounting, business advisory and taxation issues. It does not constitute accounting advice, and should not be relied on as such.

The Importance of Specialised Business Planner for Fast Growth

We have often heard about the vitality of business planning for companies in their early stages of development. However, business…

The Advantages of Debt Restructuring Advice from Experts

All small and medium-size businesses require funding to operate and grow. While some business owners manage to bring sufficient capital…