I Can’t Accept Not Trying Michael Jordan on the Pursuit of Excellence.

In late January my colleague Trevor Anthony and I conducted a presentation for the Zimsen Partners staff on the book by Michael Jordan titled, I can’t accept not trying Michael Jordan on the pursuit of excellence.

Known as perhaps the greatest basketball player ever and a true global sporting icon, Michael in his own words shares his philosophies and principles that have underpinned his remarkable life.

He divides the book into 6 topics and draws upon his own experiences and beliefs as he describes how each of these topics have meaning in business, sport or our personal lives.

Below I have highlighted some of the key learnings we presented to our staff and discussed how they can be applied in business and indeed our personal lives.

Michael knew his ultimate goal was to be the best. However he broke this rather ambitious goal into small manageable steps. He ensured they were realistic and whenever he suffered a setback he learned from it and moved forward by not wanting to experience the same setback.

An example of this is when he was first cut from his high school basketball team. He felt really bad and did not want to feel that way again so he learned why he was cut and improved. He worked all summer to become a starter the next year which he achieved. This was the first of several small steps on the way to becoming the greatest. Importantly Michael points out each time you achieve a small goal or step it builds confidence and generates momentum as you head onto the next step.

Michael considers fear as an illusion that stands in the way of success. An example he gives is when standing on the free throw line and you are about to make a shot you will feel fear in the form of pressure from the crowd and opposition and fear of the consequences of missing the shot.  He asserts that you can’ think about the negative consequences otherwise you will become frozen by it. Instead he adopts a think positive and aggressive approach that focuses on achieving what needs to be done. And if you come up short that is okay because you have tried your best.

There are no shortcuts. A story he relates is how his first year of college basketball was successful but he failed to live up to expectations in the second year. He explained that he was looking to do the spectacular instead of focusing on doing the basics correctly. Commitment requires taking responsibility and doing what needs to be done whatever the distractions may be.

Michael was a member of 6 Chicago Bulls championship winning teams. The key to their success was for all 12 players on their roster to have an understanding of what their roles were.  It was important that all players maximised their abilities for the benefit of the team.

“The minute you get away from fundamentals, the bottom can fall out.”  They form the building blocks and once you understand them you gain an appreciation of how an operation works in its entirety. A pianist needs to practice their scales before they attempt their masterpiece.

Michael was a firm believer that any talk needs to be backed up with performance. As a leader of the Chicago Bulls he set an example in terms of preparation and performance. What he asked of his teammates he would ensure he did to the maximum level. Leading by example serves as a way to earn respect from those you lead. 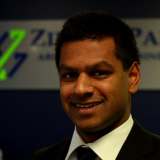 Charith holds a Bachelor of Commerce with a major in Accounting from Monash University, Clayton. While studying, Charith worked part time in the retail industry for two major department stores where he developed a strong customer focus.

This article was produced by Zimsen Partners. It is intended to provide general information only in summary format on accounting, business advisory and taxation issues. It does not constitute accounting advice, and should not be relied on as such.

Many times, businesses feel hiring a tax professional is an unnecessary expense and that they can manage the business finance…